By Kate Hartley, Co-Founder of Polpeo

The first thing to do when preparing for a crisis that might hit you is to decide what that crisis might look like. We normally define a crisis as being something that materially impacts your reputation, sales, value or share price. It will probably start in the real world, but news of it will spread online and over social media at a speed you can’t control.

My company Polpeo runs crisis simulations to prepare brands and agencies for a crisis, and rehearse how to respond (we’re running a short taster simulation at the Mynewsdesk's Digital PR Bootcamp on 26 January), and there are some common themes and questions that come up in most of our sessions.

The most important thing is to plan properly. What are the scenarios you might face? Who are the people you’ll need to help you? Do you have their contact numbers, know at what point to wake up your CEO, and can you access all your social media channels even if your social media manager is on holiday? The devil’s in the detail during a crisis.

Group your crisis scenarios, and rank them in order of seriousness. You can then create strategies for dealing with different types of crisis. You can also plan whether you need external help, and at what point you should activate your crisis plan.

Agree what ‘normal’ looks like for you. A thousand complaints a day on Twitter might be an average day’s work if you’re a utility company, for example, or it could indicate a crisis in a different sector. If you know what level of noise you normally get, you’ll be able to spot a shift away from that.

Build out your crisis team to include legal, HR, tech support, senior management representation and of course your agencies. You don’t need them to be involved in every communication, but in the most serious crises, you’ll need people who can make business decisions quickly. You might need technical people to activate a dark site quickly or update your website, or brief your CEO in the case of a data leak, for example. You’ll certainly need your legal team on side to approve major communications fast, and you may need a quick decision on compensation, an internal review or follow up action. Great communications can’t solve everything.

Have a clear social media policy for your staff and make sure everyone knows what it means in practice. You could include clear examples of what people can and can’t say in different situations, for example. Everyone should understand their role in not making the crisis worse. The best laid plans go to waste in a crisis if someone within the company is live tweeting it.

Monitor what’s being said about you on all channels. That way you can spot something that might spark a crisis and deal with it early on.

Rehearse. You wouldn’t put your CEO up for interview without any experience or training. The same applies to your crisis team. In times of crisis, we revert to the behaviours we know well. This is why the armed forces drill endlessly. You don’t want to be learning new behaviours when you’re up against it. .

Assess the situation before you dive in. Sometimes it’s best to wait, and monitor the situation. Communicating too early could make the crisis worse.

Think about the channels you’re communicating on. If you have a localised issue that hasn’t hit global social media yet, you might inadvertently market the issue to your followers who didn’t know anything about it. Remember to communicate not just to the public, but also to your own customers and audiences on your ‘owned’ channels. They could be your advocates in a crisis.

Once you have decided to act, act decisively and quickly. Show strong leadership. The real measure of a company is how it deals with a crisis

Empathy matters, but only if it’s backed up with real action. People are savvy to companies saying ‘We’re here and listening to you’ and they’ll know when that’s all you’re doing. If you’re not prepared to act, explain why.

Inform, inform, inform. The most important thing you can do in a crisis is to get information out quickly to the people who need it. If you don’t have all the facts, communicate the ones you have, and update your channels as soon as you get them.

Establish yourself as the voice of authority in the crisis. You want your customers to come to you for the facts, not go to someone else because they communicated faster.

Stay true to your company values. If you pride yourself on being open and transparent, that should hold true in the crisis, too.

Switch out your social media team when they get tired. It’s incredibly stressful managing a crisis. If you had someone shouting at you for hours, at some point you’d probably shout back. That’s the same principle as your social media team dealing with an angry mob. Four hours is about the limit before they’ll need a break.

Review honestly how it went, as a team. There are always things you can learn and improve on, and feed back into your crisis plan.

There is no single template for how a crisis breaks, or how to manage one. But if you prepare and rehearse before a crisis hits, you’ll stand a much better chance of weathering it when it does. 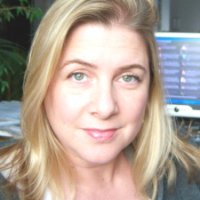 Kate Hartley is co-founder of Polpeo – www.polpeo.com – a crisis simulation platform that lets brands and agencies rehearse a crisis breaking over social and digital media. You can participate in the live simulation and learn how to handle your crisis comms at Digital PR Bootcamp on 26 January. 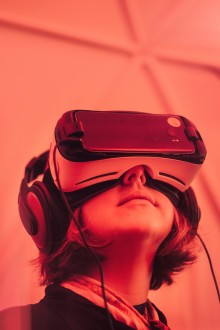 Don’t be overwhelmed at the thought of creating an effective digital PR strategy. Start small: it doesn’t need to tackle every possible opportunity at your company. If you make it realistic and manageable, you’re more likely to achieve success on which to build and grow the strategy.

Digital PR Bootcamp is a whole day of PR and comms inspiration, tools, tactics and workshops to ensure you’re getting the most out of your communications and PR efforts.

​As the festivities fade and the dust settles on another year, many of us have vowed to better ourselves over the coming months. But what if we were to extend these new year's resolutions to simplify yet vastly improve our PR workflow? To help boost your communications, content and coverage, here are our 7 recommended PR resolutions to help you get started in 2017...

During my two and a bit years here at Mynewsdesk, I've had the honour of working alongside and in collaboration with some of the industry's most brilliant women - each of them inspiring me and teaching us all something new. But despite the sheer volume of smart and successful women in PR, still we see male dominated panels, hosts and keynotes. And that, to say the least, is pretty frustrating.

2016 - not really a year we want to dwell on - but looking back at the content you created in your newsrooms was pretty flippin' inspiring. From perfectly timed blogs to shareable listicles and opinion pieces to jam-packed press releases, there's a lot to be learnt from you all. We picked out a few of our favourites and why they did so well. Here we go...

Creating valuable content on a regular basis is not only difficult, it's also time consuming. To come up with ideas, meet strict deadlines and ensure that the post stands out from the rest requires organisation, communication and the ability to keep track of your progress. This 5-step guide from Trello's Marketing Manager - Jordan Mirchev - will help you plan and execute your next content project