Photo by Kevin on Unsplash

A recent survey revealed that half of the journalists worry that the news media is no longer trusted to provide reliable information. One in three fear the effects of fake news, while another third are concerned about media bias. With Facebook and Google making it easier than ever for publishers of fake news to draw readers to their stories, is it reasonable to blame these internet giants for destroying trust in the modern news industry?

Fake News Is a Long-Term Problem

More than half of journalists view fake news as a long-term problem that will be difficult, if not impossible, to solve. However, there is no denying that social media is fueling the fire. Part of the problem is the difficulty of taking a fake story down from social media platforms when it is found to be false. If a news organization tweets a factually incorrect story, for example, it couldbe retweeted thousands of times before the organization can remove it. Although deleting a tweet removes retweets, any users who have shared the original tweet with their own added commentary will not have their tweets removed. As a result, fake stories can hang around online long after the original publishers have retracted them.

In light of research from Reuters Institute, which revealed that fewer than one in four people believe social media successfully separates fact from fiction, Facebook is taking action to provide context around fake news stories. The platform has introduced a feature called Related News, which contains links to articles giving alternative views or questioning the validity of a trending story. It gives readers an opportunity to explore stories and decide for themselves what is true based on all the evidence available. However, many people still criticize the black box algorithms that Facebook and Google use to rank and display content to users, saying these platforms have too much power to decide which stories their users see.

More than 70 percent of journalists believe Facebook is too powerful as a source of information. More than half of people use social media as a news source, and it’s the primary news source for28 percent of individuals aged 18 to 24. People are now more likely to find their news by browsing social media or searching for specific stories than by going to a particular online media publication. As a result, Google also holds a lot of power over the content people see online, and 61 percent of journalists worry that it has become too powerful. On the other hand, younger professionals are less likely to see Google and Facebook as a threat, suggesting a generational shift in attitudes to the influence these internet giants have on our lives.

What Can Journalists Do to Restore Trust in News?

If you are a communicator or PR professional who wants to restore confidence in your industry, there are actions you can take to turn around the recent trend of distrust. Your first step should be to understand the current state of the industry and the concerns audiences have.

Download the full Mynewsdesk report, which contains tips from journalists for navigating the rapidly changing landscape of online news publishing. Learn how to combat the rise of fake news and build trust in your audiences.

Fake News, Financial Uncertainty & A Lack of Trust - What Journalists Say About The Future Of Media

50% of journalists are concerned that the news media is no longer trusted as a reliable source of information, Mynewsdesk’s latest report reveals. Over 3,000 journalists and PR professionals participated in the global survey to share their views on the media industry in 2017 and its future.

The state of journalism and the public relations industry is changing rapidly in the 21st century. From citizen bloggers to the 24-hour news cycle, many trends are changing the way people consume and interact with news media.

A public relations contact can be a journalist's greatest asset -- or an unhelpful voice that's quickly silenced. The difference is not in the goals you set - after all, you need journalists, and they need you - but in how you execute said goals. Keep reading for four things that journalists wish every public relations professional knew. 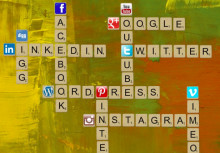 Why Your Brand Content Is Struggling & How To Fix It