Food isn't just essential for our survival; it also plays a central role in how we communicate. Whether it's to celebrate important occasions, mark religious holidays, attempt to seduce someone on a first date, or during catch-ups with friends - the chances are you'll do so over a meal of some sort!

However, this blog post is dedicated to the most delicious food and beverage PR campaigns of all time! So grab yourself a cuppa (and some biscuits) and indulge in the tasty treats we've gathered for you!

Back in May at this year's Cannes, Magnum premiered their new #BeTrueToYourself campaign; a series of short interviews with people who identify themselves as gender nonconforming.

Sophie Galvani, Global Vice President for Magnum said: “Magnum believes that a day without pleasure is a day lost…This film celebrates the ways one specific group of individuals embrace their personal pleasure in a courageous way, in an effort to inspire all people to be true to their own pleasure”.

It was a pretty bold step for Magnum who would normally promote their products with celebrity advocates, but their ad has already been watched by over 3 million on YouTube, and counting.

Communications, whether political or cultural, are at the heart of everything the Conflict Kitchen in Pittsburgh does. The restaurant only serves cuisine from countries with which the United States is in conflict with, the aim of which is to engage their customers in the culture, politics and issues of the country which they have chosen to focus on. Every couple of months the chosen country changes, totally transforming the entire restaurant. If only they had one of these in every city around the world!

Do check out their website to see the fantastic work that they do and some interesting posts.

This is a campaign which is particularly close to our hearts here at Mynewsdesk. StreetSmart is a UK nationwide campaign whereby participating restaurants add on £1 to every tables' bill from the beginning of November, right through the festive period.

Every single penny raised goes towards helping local homeless charities, all the restaurants have to do is programme their till to add the voluntary donation and StreetSmart deals with the rest.  Since it was established in 1998 over £6.3 million has been raised and has helped over 100 charities.

This is a very simple way for restaurants to give back to their local community as the money raised in each particular area stays in that area. What's more, partner publications such as TimeOut, The Evening Standard and SquareMeal.co.uk make sure they publicise all participating restaurants. Check out StreetSmart's newsroom here.

The most radical pop-up restaurant

When you provide a service or product which is either unoriginal or competing in a crowded market place it can be difficult to make your brand stand out.

However, the Swedish household appliances company Electrolux managed to do so by commissioning The Cube, a spectacular travelling pop-up restaurant which has been designed and fitted with high-tech appliances in typical Electrolux style. What makes it different to other pop-up restaurants? It appears on some of Europe's most famous landmarks.

Are you guilty of this?

I'm sure I'm not the only one who has ever used the free wifi of a neighbouring business whilst sipping on a coffee in another cafe. A Spanish branch of McDonald's were aware of this and hijacked customers from their competitors by offering them exclusive discounts via their wifi.

If you're anything like me then you'll love discovering cuisine from around the world. However, it can be a little daunting if you have absolutely no idea what you're eating.

Harney Sushi in California came up with the idea of creating edible QR codes which customers can scan with their smartphone to give them information about the dish including where the ingredients have been sourced from.

Whenever you're planning a PR campaign or stunt it is important that it's relevant to your business for it to really build awareness of your brand. Paris is famous the world over for being the city of love, so a little French cafe in Australia, Metro St. James, offered customers a free coffee if they exchanged a kiss.

Whether you find this romantic or nauseating, the campaign was so successful that it gained press coverage across the globe including in publications such as The Huffington Post, Cosmopolitan, The Daily Telegraph, and many more.

Do you have any favourite examples of food related PR campaigns or stunts that you'd like to share with us? Add them in the comments below, we'd love to hear from you!

Mynewsdesk has become the official newsroom partner of StreetSmart - Helping the Homeless providing them with a multimedia newsroom and PR platform as well as support from our Marketing, Customer Success and Sales team.

Create a buzz on a budget

Some tips and real examples of how SMEs can create a buzz on social media through newsjacking, real-time marketing and videos without breaking the bank. 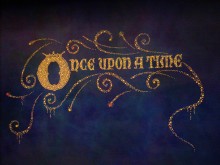 Expert insights on storytelling and PR

Some highlights from the speakers' presentations at Ketchum and PR Moment's Storytelling conference.

2016 is well underway and with a new year comes new strategies, targets and ambitions. Here, we take a look at three global brands who, in 2015, made us feel all sorts of emotions, maximised reach and gave us some food for thought for our own marketing strategies.

The Rugby World Cup has kicked off with a bang, as residents of the Welsh capital woke to discover a giant rugby ball embedded into the wall of Cardiff Castle! But that’s not the only PR stunt that’s got rugby and marketing fans talking…