At ad:tech London some of the Mynewsdesk team were lucky enough to have the chance to listen to a few of the presentations which took place across the course of the event.  One of the talks that stood out was on email subject lines which was based on a report conducted by Adestra earlier this year.  After the conference we caught up with the author of the report, Parry Malm...

Could you tell me a little about yourself and what you do at Adestra?

My name is Parry, I’ve been at Adestra for about 3 years.  Previous to this I’ve worked client side for longer than I care to admit and I’ve used Adestra doing all sorts of client marketing since about 2006.  At Adestra itself, I head up the Account Management team and I’m our resident statistician.

Why did you feel it was necessary to do a report on subject lines in emails?

Mostly because no one had ever done it before and it sounded interesting.  There is lots of really interesting and complex stuff out there and yet none of it really focused on this. I find it very silly that no one has actually looked at it in-depth.

Do you think this is something that you’ll do on a regular basis as you wrote in your report that this needs to be constantly re-examined?

Yeah, I think this is something that we’ll do annually.

How important a role do you think email plays in PR campaigns?

It’s fundamental and it comes down to a thing which I call inbox branding, where if you get lots of emails every day, you may not read them but you still see the subject line and who it’s from, for every single one.  Now most people focus on email and measure effectiveness using the last attribution model so last click attribution.  Now what they aren’t measuring is the branding you’re doing over and over, although the customer might not always be clicking through.  So I think attribution models undervalue email and people who don’t send out enough will find that their revenue has been affected.  So for a PR campaign, not everyone is going to read every press release or every piece of content that you put out, but what they will do is read who it is from and the subject line itself, which is key because people will actually read this more than they would read a tweet.

Have you found that as technological devices have developed over the years email marketing has been affected as a result?

Yeah, absolutely.  So what’s happened is email used to be a static form of communications online where once you sent it out nothing could change.  But with the advent of mobile and responsive image serving, email is now a very agile marketing channel.  What’s basically changed is that the decision time of what you can do in email is no longer controlled by the marketing but by the technology itself.  What this means is that you can send out this message and depending on what time one sees it, what they view it on and what the various customer attributes are, you can show them different things which has increased the potential for this as an online marketing channel.

I’m a bit of a contrarian when it comes to this because I think responsive design certainly can help but people are reacting to it in the wrong way.  They are doing it because they think they have to do it not because it gets them more money and more response off the back of it.  People need to wait and see if the research proves it’s worth investing time and money in it.  It’s a bit like social media was three or four years ago, people just wasted time on it and didn’t quite know why.  This is a bit of a sneak preview into the research I am working on next.

And on that point, do you think social media has lessened the importance of emails?

I do it automatically but it is by email…

Exactly, so when you login to Twitter, Facebook, LinkedIn or whatever, you login by email.  What this means is that your email is your primary key to the internet, it’s the only thing you have in common between Facebook, Twitter, LinkedIn and so on, without email these wouldn't exist.  What marketers need is your email address and they can start targeting you through all of these channels.  If all they have is your Twitter login they can’t do anything with that except tweet you.

Were there any findings in the report which were surprising to you?

Yeah I think what was most interesting to me was the difference that simple tweaks in words can do.  One of the industry breakdowns, I think it was the ecommerce sector, I looked at the different effects that different adjectives and adverbs had and there is a striking effect where some words perform much more strongly than others.  I think that is because different words connote different things and it goes back to old copywriting skills where words evoke different responses and not only does this hold true in offline copywriting and press releases but also with subject lines as well.

People are bombarded with so many messages be they on social media or in emails yet I read on your report that you found that weekly and even daily emails performed better than monthly digests. Why do you think that is?

I think all this talk about people being bombarded with emails is absolute nonsense.  The whole thing about us having cluttered inboxes is absolutely false.  Most people actually don’t get that much email.  They maybe sign up to 10 or 20 lists and they unsubscribe to those that they don’t want.  Plus the first thing people do every day is wake up and check their emails.  The question really is do we have an irrelevant information overload?  People need to be more focused on what they are saying and there is no problem with sending out lots of stuff.  If you have a daily or weekly email with content which is relevant then you have no worries about sending lots of stuff out.

Lastly with regards to why the monthly thing doesn’t work, it is because when you sign up to a newsletter and you get it once a month you forget that you’ve signed up to that newsletter.

So what would say are the rookie mistakes that people often make when writing email subject lines?

They do it last.  What I always advise is that people do it first so that it focuses them on making sure that the email content itself falls in line with what the subject line is.  I always recommend writing the subject line first.

Do you have any tips on avoiding spam filters?

Don’t write spammy stuff.  Spam filters are a lot more advanced than they were a few years ago, they’re a lot more reputation and data based.  So if you regularly send out to your database from a reputable source then you’re not going to have any problems.  A recent example being a client who works in the pharmaceutical market and one of the conferences was about the discovery of erectile dysfunction medication and that wasn’t picked up on by spam filters at all.

Can you give me any examples of unique or unusual email marketing campaigns?

I can and they’re all gimmicks that in the long run don’t work.  Last year the big trend was to include little symbols in the subject line, little hearts and little stars and stuff, and what people found was that they got a momentary increase in open rates but in the long run it had no effect.  What I generally tell people is stay away from gimmicks, make your emails useful and that’s how you make it effective.

Can you give me an example or any suggestions of how emails can be integrated into part of a larger campaign?

One thing that you have to bear in mind about emails is that as far as online channels go, it is the one method you have of getting directly into someone’s inbox.  So you have search methods, paid search, social media and stuff like that but at no point are you guaranteed to be seen by people, even if they don’t open and click.  So what you have to bear in mind is that the timing and content of your emails need to work with the rest of the campaign plan itself.  If you’re doing a new product launch using the old AIDA model, your first email is to let everyone know what’s going on and then you pique interest, and then you make them feel like they want to do it and then there is the call to action. It’s not rocket science. 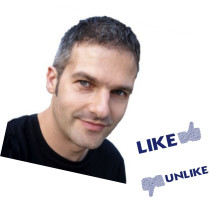 An interview with Jon Morter, a social media pioneer and campaigner.

Jon Morter is a Rock DJ turned social media pioneer and campaigner. With his wife Tracey, they have created some of the most well known social media campaigns including the likes of the Rage Against the Machine for Christmas No.1 and the campaign to save BBC 6. He now runs the social media company Big Other with Jamie Turner. 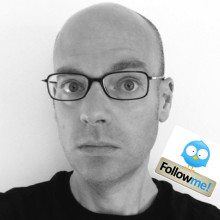 What does it take to get to 5,000 twitter followers? Tom Albrighton, founder of ABC Copywriting and co-founder of the Professional Copywriters' Network, explains how he managed to build his network, what he thinks makes good tweets for brands as well as individuals and talks of balancing business and pleasure. 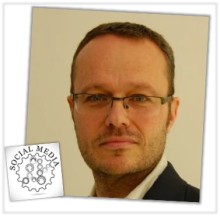 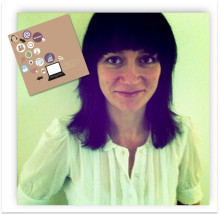 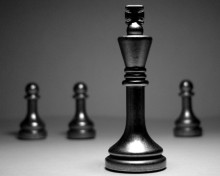 On 11th October London’s Haberdashers’ Hall played host to the first Professional Copywriters’ Network conference. Here are a few points and discussions which stood out most