Thousands of marketers, PR pros and social media gurus descended upon London’s Olympia Grand Hall for Marketing Week Live 2013 on the 26th and 27th June. Among the crowd were six of the Mynewsdesk team eager to hear presentations by thought-leaders and influencers who represent some of the world’s biggest brands.

It would have been impossible for us to attend every talk so we cherry-picked a few we thought would be most relevant to us. Here is a summary of what we learned...

Dara Nasr, Head of Agency Sales at Twitter, described the social media site as “the real-time pulse of the planet.” With 1.5 billion tweets every two and a half days, this seems like a fairly accurate description.

Despite being restricted to 140 characters, tweets have become one of the main means of breaking and tracking the development of news stories both locally and globally. Not only that, everyone has the ability to contribute to any story or conversation regardless of where in the world they are located.

For brands and organisations this has had a dramatic effect on their communications. Twitter has empowered the voice of your target audience. Brands must be seen to engage in conversations with them while also responding to breaking news and big cultural moments if they want to remain relevant.

Brands such as Nando’s and Golden Wonder responded in record time to this story via Twitter and developed their own complementary PR stunts. This made them a part of the conversation about this breaking news story as well as raising the profile of their own brands. This tactic is often referred to as “newsjacking” and should now be an essential part of all communications strategies.

1. Create a content calendar so you can plan out your communications

2. Plan for future events which may be of significance e.g. sporting or cultural events

3. If possible, always have someone poised to respond to tweets or join in conversations

4. “To err is human, to ignore hurts” - always respond in a crisis and do so as quickly as possible

6. Brands should aim to have two Twitter accounts, one for general content and one for customer services.  This makes it easier to track and respond to the needs of your customers.

7. Mobile is key.  Twitter is used by 80% of users from their mobile phones.  Brands must create content that is responsive on all types of devices.

Michelle Goodall, Online PR and Social Media Consultant at Econsultancy, gave a very comprehensive introduction to the role PR should play within organisations as well as social media tips to help them create killer content.

Michelle explained that PR is so much more than media relations, although many people still believe this is it’s main function.

PR is a strategic discipline that should aim to create a “mutual understanding” between an organisation and its stakeholders.

It’s not just about safeguarding the reputation and perceptions the public has of an organisation, it’s also about changing consumer behaviour and improving your organisation based on the feedback from your stakeholders.

PRs should use social media as a listening tool to gain business insights and learn what interests their target audience, so they can create valuable content for them.

Michelle recommends that PR practitioners work from Jeremy Waite’s ‘Purpose Pyramid’ whenever they are creating content. Check out Jeremy’s slideshare which explains this in depth...

Michelle also recommended that PRs try out Birdsong which analyses how individual brands are using social media, Followerwonk which focuses on Twitter analytics and Google Trends to find out what people are talking about.

Kimberly Kriss of AEG packed her presentation full of staggering statistics and insights into how modern consumers are accessing content and interacting with brands.

Do you have a memory like a goldfish? According to recent research it may very well be worse. In the space of 12 years our attention span has dropped from 12 seconds in the year 2000 to 8 seconds as of last year. Not only that, our attention is split across a number of devices from which we can read, listen and watch the content we are interested in.

Image courtesy of Phiseksit at FreeDigitalPhotos.net

Kimberly stressed that it's essential for brands to create content which is readable and consistent across every channel from which your target audience can view content related to your organisation.

Were you at Marketing Week Live 2013? What were your favourite presentations? Did you gain any hints and tips you'd like to share with us? 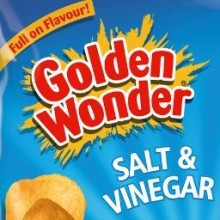