Over the past five years, sports stars have found themselves in some pretty interesting social media encounters. The most recent example - distance runner Mo Farah’s nationality has been hotly debated on Twitter between the runner himself and team mate Andy Vernon.

With the fluid and flexible nature of Facebook, Twitter and other such sites, the task of governing these social media interactions can be somewhat challenging.

Looking at prime examples of positive engagements, controversies and turn-arounds, Alex delves into the pros and cons of sports stars on social media…

Sports On Social Media Can Be Great...

Sports clubs and stars around the world use social media to connect with their global fan bases.

FC Barcelona has over 35 million Facebook fans and a similar number of Twitter followers, across the three languages supported by the club (English, Spanish and Catalan). The club tweets information about its players, fixtures, results and statistics as well as real-time game feeds, training session photographs and updates on the basketball team (which is incorporated into the football club.

Twitter and Facebook allow clubs to publish information in an interactive and personal way, delivering it straight to the fans' news feeds with just the click of a "like" or "follow" button. The interactive element allows the fans to have their say on a public forum, whether it's about a match result, a potential signing or even uploading a picture of themselves doing something outrageous for their club!

One of the most important aspects of any sports team is that they have a loyal, growing fan base who feel that they are valued and will therefore stick by the club through success, failure and middling results. Social media provides the perfect opportunity for that and is being used ever more efficiently by teams around the world.

Social media was also used to great effect during the London 2012 Olympic Games. A Twitter feed started, then stopped, then restarted, to address the issue of the hundreds of empty seats within the venues. People from all around the world tweeted about the athletes' exploits and it gave competitors in the more obscure sports, such as handball and the canoe slalom, a platform to increase their followings. Team GB long jumper Greg Rutherford went from having around 5,000 Twitter followers before London 2012 to over 100,000 today.

Twitter was instrumental in raising the profile of these sports and athletes throughout the games and allowed the sportsmen and women to give a personal perspective on all aspects of the competition, seemingly unhindered by various PR and marketing machines.

Sports On Social Media Can Be A PR Disaster...

Ashley Cole is set to be disciplined by the FA after he took to Twitter to lambast their findings from the internal investigation into John Terry, branding them a "bunch of tw*ts”. Ryan Bertrand, Chelsea's young left back/winger has encountered a similar problem after using the f-word whilst denying that he had left the England squad because of a “sore throat”. Rio Ferdinand was fined £45,000 after retweeting a comment containing a racially offensive slur, Arsenal's Jack Wilshire was given a stern warning by UEFA after joking about betting on one of his teammates, and Ryan Babel was fined £10,000 for posting a photoshopped picture of referee Howard Webb in a Manchester United shirt. It's not just footballers either.

NFL star Rashard Mendenhall lost his sponsorship deal with Champion after tweeting a controversial theory about the 9/11 attacks, Snooker player Mark Allen was fined £1000 after ranting about the conditions in China on his Twitter feed, Welsh rugby star Jonathan Thomas was forced to apologise after making a homophobic comment, and Mark Cuban, owner of the NBA's Dallas Mavericks was fined $25000 by the league for using Twitter to criticise referees' performances.

These outbursts and controversies are part of the human aspect to social media that makes it such a great tool for fans to interact with their favourite sports club and athletes. Accepting that these people are human and will therefore inevitably make mistakes is not the issue; many stars have been forgiven despite their off-field misdeeds.

The problem is that the frequency of these incidents is increasing across the board and, if left unchecked, will start to damage the positive impact these communication platforms have had on clubs and sports stars around the world.

Is Social Media In Sports A Good Idea?

Lets be honest. We’ve probably all be guilty of slagging off our boss/city/opponent/teammate or discussed conspiracy theories/betting odds in the pub; but it's another thing entirely to do it in front of the whole Internet.

Deletion of an offending tweet makes no difference - it will have been seized upon and spread before you even begin to think that hitting the send button might not have been the brightest idea, and therein lies the big problem with social media.

However, it’s become apparent that there is a great opportunity within social media for sports stars/teams to really engage with their fan base and in turn create some really positive PR.

I think that this explanation from Alex Coulson, Director of IMG Consulting, summarises social media in sports quite nicely:

“Social media has opened up opportunities for rights-holders and brands to talk directly with fans, but even more so with younger audiences whose engagement with their teams was previously limited, maybe by high ticket prices or access to pay-TV.

“Digital communication with the athletes, teams, brands and journalists breaks down these barriers, especially for supporters at the younger end of the spectrum and the opportunity for brands to facilitate and be part of that connection is huge.” 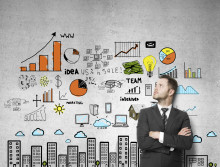 ​The Challenges Faced By B2B Communicators [In Quotes]

Digital and social media have influenced new ways of reaching businesses and consumers, but with that comes its challenges. Three PR professionals – Joe Hanley, Wander Bruijel and Steph Macleod – share their advice on how content can help B2B communicators build online communities…

The Rugby World Cup has kicked off with a bang, as residents of the Welsh capital woke to discover a giant rugby ball embedded into the wall of Cardiff Castle! But that’s not the only PR stunt that’s got rugby and marketing fans talking…