The PR image of online retailer Amazon has taken a battering in the last few years. Although it’s been credited with helping to encourage more people back to reading by making books cheaper, it’s also been condemned for its treatment of staff. There have been numerous reports claiming that Amazon workers suffer mental stress, are treated badly and that the warehouse staff in particular do a job that is exhausting and poorly paid. It has also had a public falling out with publisher Hachette over a disagreement about pricing that led to readers and authors taking sides in the argument.

The role of PR changes as a company grows and for companies that reach the size of Amazon, it no longer becomes about increasing brand awareness. In fact some of the biggest and most successful tech companies can be highly selective when it comes to their media relations. For years Katie Cotton, Vice President of Corporate Communications at Apple, presided over a strategy that appeared to favour saying very little. Amazon took a very similar approach and in stories about the Hachette controversy many news outlets reported that Amazon declined to make any comment.

While this may seem by some communications professionals a strange approach - surely they should be defending themselves? - it could in fact have been a deliberate tactic to let their customers step in and fight their corner for them. Under all the articles reporting on the Hachette dispute, on sites like The New York Times and Guardian, there are a huge number of comments in support of Amazon and railing against publishers.

A change of heart?

or the result of complacency but moving forward it looks like it could be about to change. The retailer has made a significant move by hiring President Obama’s former White House Press Secretary Jay Carney. Carney will report directly to Jeff Bezos with responsibility for all corporate communications and public policy. As this article in Re/code speculates, “Carney’s hiring also underscores something insiders have discussed for some time: Bezos has been unhappy with some of the negative storylines around Amazon over the last year and a half. Thanks to his lead White House role, Carney is no stranger to crisis communications.”

As Amazon pushes to innovate in new areas, such as using drones for deliveries, it will face more, and increasingly complex, communications challenges. Hiring someone with experience of handling complicated and often controversial political issues seems like a smart move and one that acknowledges that effective corporate communications sits right at the heart of any successful business.

We caught up with former Financial Times journalist Tom Foremski who runs Silicon Valley Watcher blog, which reports on the intersection between technology and the media.

Having asked you, our digital PR and communications professionals, about your top challenges, and as we're currently reviewing the state of newsrooms belonging to 70 of the world's top tech brands, I wanted to share some of the insights we've come across that could make your newsroom a better place! 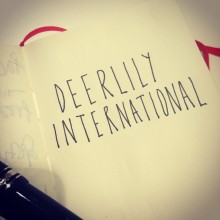