What happens when you leave tortilla chips and a bunch of 18-34 year old guys in a room?

A #12HourHoliday challenge that #OnlyTheBold will dare to take on.

Doritos challenged The LAD Bible to a series of dares on a 12 hour trip to Ibiza.  The LADs filmed their antics in a bid to inspire us all to make the most of summer.

Did you know that The LAD Bible is one of the most popular sites in the UK with an eye-watering 14 million unique monthly visitors? And, over half of the UK male 18 - 34 year old population follow The LAD Bible. Stat!

The LAD Bible’s influence plus Doritos’ brand recognition makes this a business and personality partnership with some serious clout.

Why was Cantona’s image on the White Cliffs of Dover?

The digitally-led campaign includes a mini series of videos, the third of which has been watched over 800,000 times. It also happens to be my favourite, seriously, check out the collar on his wetsuit!

Oh, and in response to the original question, why? Mainly to keep men sipping that sweet 1664 nectar over the summer. Good work marketers.

Well, all that virality helped to raise over $100m for the ALS association. The truly great news is this money helped to fund research which lead to a major breakthrough. ALS researcher Jonathan Ling wrote:

"All of your donations have been amazingly helpful and we have been working tirelessly to find a cure...there's a lot of hope and optimism now for real, meaningful therapies."

And to keep the momentum, ALS Association will be looking to transform the ‘moment into a movement’ every August until there is a cure.

A proud moment for online citizens and testament to the power of social media.

We came across this rather refreshing advert by bathroom retailer Bathstore.

Its John Lewis-esque nostalgic narrative inspired us to treat ourselves like royalty and invest in a new throne...then we remembered only a handful of the London based team actually own our bathrooms!

It’s August, the hottest summer month in some parts of Europe. So Selfridges opens their Christmas shop, naturally.

It seems being the first store in the world to launch your Christmas wares is the annual retail holy grail. And in doing so, we’re jolted into a tailspin of premature Christmas campaigns. 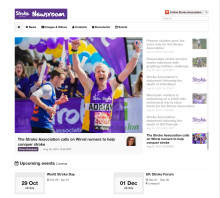 Each month we’ll be taking a look at the key stats and lessons learnt from the best performing newsrooms, starting with July…

Stephen Follows, writer and producer at Catsnake, shares his experiences and tips for when it comes to brand storytelling. 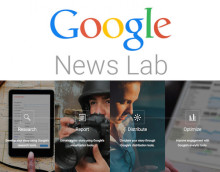 Three Lessons For PR From The Launch of Google News Lab

Media giant Google recently launched News Lab, a global learning platform and a group of experts on hand to help train and educate journalists on Google tools and data. So where does this leave PR?