A little taste of Jelly...

It's far from perfect but the latest app craze is pretty cool. It works a bit like a search engine and a bit like a social network but uses images. Confused? Check out the video below and read this great post by Neville Hobson who looks at it from a user's perspective -

Papa was a rolling stone

The Catholic Church has had to deal with a series of crises in recent years but it seems its reputation is improving as a result of their new enigmatic leader who has become the first ever Pope to appear on the cover of a rock'n'roll magazine. This is positive PR the Catholic Church sorely needs in order to rebuild its tattered reputation.

However, the director of the Holy See Press Office, Father Federico Lombardi stated that "Unfortunately, the article disqualifies itself falling in the usual mistake of a superficial journalism, which in order to highlight the positive aspects of Pope Francis, thinks it should describe in a negative way the pontificate of Pope Benedict, and does so with a surprising crudeness”.

Courtney Love was embroiled in the first high-profile case in the U.S of an alleged libel on Twitter as a result of a tweet she had sent in 2010 claiming her lawyer had been "bought off".

Although Love was cleared it reminds us of the dangers of breaching defamation laws through social media.

As PR practitioners we should be secure in the knowledge that the content we are producing for publication via social media or any other form of communication is not at risk of breaching defamation law.

Check out this post for a basic guide to defamation law for PR professionals.

Attack of the devil baby

This PR prank to promote the film Devil's Due had our entire office giggling. You must watch it…if you dare!

Just because it looks cool…

This is a beautiful collection of one-second shots taken at historical or memorable locations in 11 countries. It's visually stunning and was created by only three people. A brilliant antidote to a dreary January.

Guy travels the world and shoots one second of... by video bash

Mynewsdesk's PR moment of the month

We published our latest white paper The Rise of the Brand Newsroom which looks at how the brand newsroom approach has evolved, bringing together key trends in PR such as brand journalism, storytelling and real-time content marketing.

It's backed up by case studies from the likes of Shazam and Moneysupermarket.com as well as insights from leading PR and comms experts. Download it here. 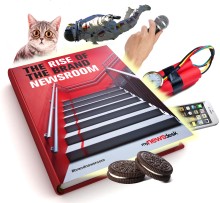 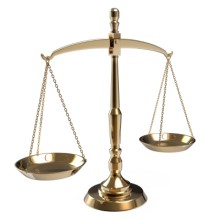 A basic guide to defamation law for PR practitioners

A basic introduction to Defamation law for PR practitioners. 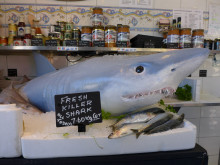