An Australian bomb squad was called and an office evacuated after a publicity stunt to promote a video game backfired.

Despite Ninesmn news site not even covering video games, Watch Dogs' publisher sent a copy of the game to their office in a safe which beeped when staff tried to open it. Panicked, the newsroom staff then called the authorities and a police rescue unit was sent to their office.

Their publisher, Hal Crawford, said "As part of a themed promotion for Watch Dogs, our team in Australia sent voicemail messages to some local media alerting them that they'd received a special package related to the game. Unfortunately, the delivery to Ninemsn didn't go as planned, and we unreservedly apologise to Ninemsn's staff for the mistake and for any problems caused as a result."

However, it did manage to get international media coverage and was pretty funny, so was it really that much of a complete disaster?

Yes, you read that correctly, a financial services brand really can be glamorous.

With the help of two designers at Marchesa they gave retired real-estate broker, Francesca Azzara, the chance to live out her dream of working in fashion. Together they designed a beautiful gown worn by Naomi Watts at the Cannes festival.

Although it sounds a little odd, the story behind it somehow kind of works, don't you think?

Over the course of two months Coca-Cola Singapore and the Singapore Kindness Movement worked together on the project "Happiness from the Skies" to bring Singaporeans and the workers who are building the city closer together.

I just thought this was a lovely idea and wanted to share it with you...

May 4th be with you!

Condescending Corporate Brands is one of the funniest Facebook pages I've seen. It's dedicated to shaming the brands who use national holidays (or even invent national holidays!) to push out their brand's message on social media at any possible opportunity.

May 4th, national Star Wars day was no different but some of the world's biggest brands embraced their geeky side and created an array of hilarious puns and visual metaphors on social media.

This Vine by Vans was one of my favourites....

What have we been up to?

As usual it has been a pretty busy month for the Mynewsdesk crew and we're in full swing with the preparations for FutureComms14.

Check out the debate we held with four leading communications experts who will also be taking part in FutureComms14; Deirdre Breakenridge, Neville Hobson, Paul Sutton and Danny Whatmough, and find out what they think the future has in store for communications. We asked them:

Please give your thoughts on the future of communications by filling out our really quick survey...you could win a new Kindle Fire HD! 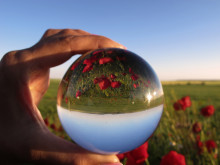 A sneak peek discussion ahead of FutureComm14 - The PR & Comms Event of The Year on 18th June - industry expert communicators - Deirdre Breakenridge, Neville Hobson, Paul Sutton, Adam Cranfield - get together to discuss where the future of communications is heading.

It's that time again when we take a look back at the campaigns, stunts and happenings from the world of PR, social and digital that have inspired us or got us talking over the last month!