Paul Sonkamble is our first interviewee for the #WeArePR series, an exploration into the evolving world of communications through PR technology.

First of all, tell us who you are and how you relate to the world of PR?

So, I’m Paul Sonkamble, based in Stockholm. When I moved to Sweden in 2007, Murray Chalmers (former head of Press at Parlophone and now independent PR) helped me to get a job with EMI.

My last job at EMI was actually a brand-new thing, my boss gave me the keys to the train, and said, “Well, why don’t you build an innovation department?”.

I co-founded a record label last summer,  House Music with Love, powered by a music blog, actually. I’ve now started a new company called Deerlily, which is an artist management company, and we will soon be branching out into music publishing and potentially recordings, as well.

In terms of PR and marketing, it’s been about trying to consume and absorb and learn as much as you can from what you see working well. So, it’s “read as much as you can, follow the blogs, and look at best cases.”

We’re not afraid to try things and to fail. It’s important for us, especially now that we’re so independent—we’re extremely fast-moving. So, we can try things and fail, and then change direction, on the 90 degrees.

Once I updated a big artist’s Facebook page with a brand-new press shot when the band hadn’t done anything for 5 years and suddenly everyone was asking “Why are they taking brand-new pictures?” That was before the announcement of a tour and a brand new record...

What really, really opened my eyes was something that EMI wanted their record labels to do after 2009. They did a really fantastic exercise in consumer insight with over a million interviews creating a ton of quantitative and qualitative data.

I think what we realised was we keep doing things, certainly in the creative industry, that are data-informed, but not data-driven. A lot of marketers would disagree, but for music, there’s a lot of emotion related to it.

So, data can keep you informed and help guide your approach, but you shouldn’t be driven by it.

I think the most obvious thing is the growth and prevalence of social media. Originally, we used to spend a long time refining and crafting this message and broadcast it to as wide a group as possible.

Now, we have to create conversation. We’re conversational-based marketing, where there isn’t one story that you just push out. You need to have thousands or hundreds of thousands or millions of small interactions with your consumers.

One of my heroes in marketing are the airlines, and the bonus schemes that the airlines have created. They’ve been doing this since the ‘60s. Air Miles has been around forever. But I think the model is extremely relevant today, as we move from a transactional-based world, certainly in music, to a consumption-based world.

So, how do we incentivise consumption? And how do we look at the people that have done it so excellently? Air Canada’s bonus scheme was so successful that they split that into another company. I sat for a whole-day session with the people running Scandinavian Airlines’ Eurobonus system to try and find out how we could employ some of their thinking into music marketing.

I think tying into people’s psychology and the gamification of marketing - that is the future. When someone much smarter than me figures out how to do that, we will be able to create these conversation-based marketing techniques, rather than still treating it like old-fashioned print-style messages.

I’m really interested in the way some markets use data mining, as well, often not in completely good ways—There’s a story about a father in the States finding out his daughter was pregnant by the coupons that were being sent to the house? I think Amazon is the king of relation marketing but it is a balancing act between cool and creepy.

What would you say are your biggest PR challenges at the moment?

I think, internally, for music, we’re in an attention economy where we compete for time. So, there is now unlimited shelf space. There’s a book called The Paradox of Choice by American psychologist Barry Schwartz that says when you’re presented with unlimited choice, you do one of two things. You either do what you’ve always done before, or you do nothing at all. So, for us, we’re trying to promote new music and new artists. How do we catch your attention? And that’s a real challenge.

How do you measure the success of your PR? What does a win look like to you?

Really, it can be a combination of things.

Some of them could be very soft, in relation to the overall perception of the label or the management companies, that would be gaining support for one of our releases on the house label, or getting a big remix for one of our artists with already popular musician.

Then, there are very hard things that we can kind of quantify. How many actual sales did we make relating to a campaign? What playlist did we get into in relation to the amount of circular ads we buy?

What do you think has gotten easier in your PR career?

Anyone with a credit card can create a very detailed and targeted campaign on Facebook and get results. We reach an audience based on a number of criteria, when historically that would have been done by an agency.

In the same way that the barriers for musicians to release their music—those barriers have been removed to actually market their music. There are all of these technology solutions that have made life easier for either a DIY musician or an independent artist or label, or even the major labels.

Facebook, Google, Bandcamp —all of these kinds of technology solutions have made things possible that would have been down to an agency before.

My experience has been requirement-based, and all of these tools have facilitated it. I would have had no chance to do any of these things if there hadn’t been these technical solutions to allow it.

Are there any things where it’s gotten harder, where that complexity has increased?

Talking again about Facebook ads, it is quite complex, and the same with YouTube, if you want to get real results. I think YouTube offers a whole diploma on whether you’re qualified to do YouTube advertising, and it is quite difficult.

Experts are more and more valuable -- and expert PR people are invaluable now. It’s on an individual level now though, rather than a group function. And of course, for music, yes, you can release it yourself, but having a network of distribution and promotion and radio pluggers, promo people—that’s where the real value of labels is, I believe.

What advice would you give someone starting in PR today?

Is there anything in the PR conversation today that you think is over-hyped?

That’s what happened to second-screen marketing. People were throwing out numbers like “100% of people watching television are also playing with their phones,” and how do we reach them as advertisers?

Companies were like, “Well, we can offer you live feed of some sport you’re watching on your phone, or we could sell you the book that Oprah’s talking about as she talks about it.” I think that’s been a bit over-hyped because I haven’t seen it happen yet.

What is PR today?

I think it’s the same as it has always been throughout the history of time. It’s influencing the influencers.

We couldn’t have put it better ourselves

Editor, presenter and previously named as one of CNN's leading ladies, Shivvy Jervis talks to us ahead of FutureComms15. Here's what she said to say about her talk and the state of PR and comms...

5 tips to get started with your influencers

We’ve been talking about democratised digital communication and​ how social media has opened up great opportunities for modern communicators. It is not only journalists and other traditional opinion shapers who have the power to influence.

Why should we care about influencer relations?

The explosion of social media has democratized communications. It has levelled the playing field affording almost everyone the opportunity to become an influencer. 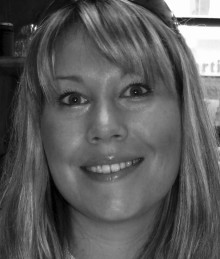 #WeArePR: “PR is changing as quickly as technology”

What does PR mean to a music label executive and to an industrial B2B communicator? ​#WeArePR

Learnings, experiences and advice on PR from a music label executive and to an industrial B2B communicator. 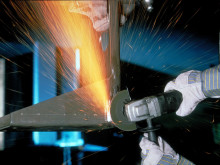 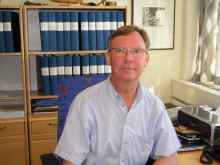 [Infographic] What is you...

This infographic shows the top 5 takeaways, download the full report for more insights and expert tips http://ow.ly/UhXRB In July 2015...