First of all, tell us who you are and how you relate to the wide world of PR?

My name’s Christine Silfversparre. I started off in PR in 2008, working for British Petroleum and Castrol. Today, I’m a trade-marketing manager at Spectrum Brands for Russell Hobbs and Remington, two well-known brands in the UK and across the world

I’ve actually had my eyes on Red Bull because they get a lot of really fun coverage around events they are involved in. It inspired me working on motor sports, UEFA EURO and World Cup sponsorships with BP and Castrol. Red Bull are great at engaging the public, not just doing PR on a desktop but actually encouraging people to talk about it online and turn it into an event. I think they do that really well.

I think there’s also a lot to learn from the food industry. Here in Sweden they are communicating a lot about how the farmer engages with the environment and the animals. They are showing they really care for them both. The industry is also working with using recommendations from ordinary people that have tested different products - it’s an experiment in advocacy.

The journey was quite long working within BP and Castrol. We had some challenges during the years at BP at this time, which made it quite difficult as well to work as a press and PR contact for the Nordic region.

We communicated only through the UK office for some time. What it resulted in was that people thought that we had left the Nordic region.

So I started working on story telling within the company, which was a great challenge because the employees were not used to communicating directly to the end consumer sharing their knowledge. The communication was channeled through retailers and distributors. It actually made changing the mind of the people working in the office quite difficult. It took a year, but after that it kind of opened up.

It has, and is, changing massively. From the beginning in 2008, it was still about creating a lot of press releases and delivering them in a traditional way. Now it’s more of a dialogue than just putting out news. You really have to find your advocates to align with. It’s a massive change.

In one way, it’s a lot more complicated and in another it’s easier.

You are not only talking to an editorial office or a journalist, which can make the conversation easier. But traditionally I had a set process. You had press releases, you sent it out to the media and you followed up with a phone call.

Now it’s so diverse and it feels like you need a lot more time to actually achieve the same goals. Everyone is their own individual and you have to treat them that way. To plan and track everyone you’re talking to and the stories you’re telling, that is a lot of work.

It’s really difficult to say. I don’t see how PR will change because I think I’m too deeply involved in it. I haven’t been able to have this helicopter perspective on it for a while. My guess is that the agencies will shift a lot – to using digital tools, working with bloggers and engaging with people on social but there is a challenge ahead to take it to the next level.

If you really want a company to succeed within PR, either you need a great budget so you can have an agency taking care of it, or you need to have a 100% dedicated person within the company.

What would you say are your biggest PR challenges at the moment?

Time, I don’t have enough.

I would wish that I could have more time to spend on the art.

Also PR sometimes isn’t given the highest priority even when some things are so time sensitive.

It’s a challenge because with some PR you can see immediate effects, but you can’t see all of them. It will impact sales further on, definitely. But it’s hard to put that on paper and show it. It’s a perception issue. People acknowledge there is value in there, but its slips by because you don’t see it so immediately.

How do you measure the success of your PR? What does a win look like to you?

We are looking at the impact on sales numbers if we can. We’re also still measuring PR in what you’d call ‘the traditional way’. We look at how much coverage we get and how much we would need to pay for advertising to get that same level of coverage.

Brand advocates and social play a part too but it’s still very early on for us. We need to observe it for a while. We’re trying to see what we should actually look for and what impact it will have on our products.

There are a lot of different ways to measure PR but I think in order to get the attention of the management and the board, it will always be related to sales.

What do you think has gotten easier in your PR career?

Has anything got easier? I’m not sure about that. Sometimes it might be easier because you don’t talk to journalists, but every blogger and every social advocate is their own person. You need to talk to them in their way. I think it’s only added more challenges, for me per lead.

Are there any other areas where it’s gotten harder, where that complexity has increased?

I think the timing. I’m not talking about the time that I have to do my work. I’m talking about timing. You really need to go out with your news at exactly the right time. If you miss out on the timing, your whole story might fail.

What advice would you give someone starting in PR today?

It all has to do with communication right now. You need to keep an eye on the latest technology and identify where your target audiences are communicating. Find out why, how and where they communicate, then use technology to join that conversation.

Is there anything in the PR conversation today that you think is over-hyped?

No, I don’t think so. People think technology is overhyped but I don’t. Technology is so far out there that sometimes we can’t immediately understand the effect of different breakthroughs before it actually happens

I think in the future we’ll have another whole different way of communicating that we can’t see today and that will be the next great breakthrough.

______
Look out for the next post when Christine shares her tips on PR tools and intelligence. 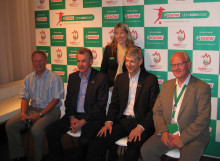 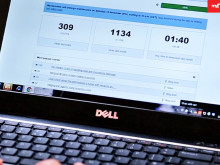 Video: From blanketing to...

Neopost Ltd is a worldwide leader in multichannel communications and provides software and hardware solutions for mailing, shipping, digi...