We caught up with Shazam's PR Manager, Rica Squires, to find out how Mynewsdesk has enhanced Shazam's digital comms.

For Rica, one of the main benefits of using Mynewsdesk is that it helps her collaborate better with international agencies and improve Shazam's overall media relations. She says:

"It's given us the flexibility to organise lists according to our needs and the various verticals we work in. Plus it pulls all of the social information, as far as Twitter, LinkedIn and so forth, so they have all of this great information at their finger tips."

Watch the video below to hear the other ways Mynewsdesk is helping Rica manage Shazam's PR...

A little about Rica...

Rica is a communications specialist with more than twenty years experience in both the US and the UK. She was the first dedicated PR professional employed directly by Shazam.

During her time there Shazam has more than doubled its average annual coverage, particularly in top-tier publications such as the Wall Street Journal, New York Times, Financial Times, and broadcast outlets such as the BBC, FOX Business News, CNBC and NBC, dominating its competitors in both music and television.

A little about Shazam...

Shazam is a mobile phone-based music identification service, available as an app for download on all major platforms and works on iOS, Android and Windows 7. It was launched in 2000 but now connects more than 420 million people in over 200 countries and 33 languages to the music, TV shows and brands they love.

By using the inbuilt microphone in a mobile phone, Shazam gathers a sample of the music you wish to know more about then creates an "acoustic fingerprint" to compare it to their database of over 35 million tracks.

Shazam then provides the user with information about the artist, song title and album as well as links to iTunes, YouTube, Spotify and much more.

​Up to one hundred charities in six countries will benefit from a 1 million euro initiative to make their communications activities more efficient and impactful.

We met up with Cathrine Stabel, PR and Corporate Communications Manager for L'Oréal Norway, to find out how their Mynewsdesk online newsroom is supporting their storytelling strategy.

We caught up with Cisco Services' EMEAR Marketing Manager, Jacintha Verdegaal, to find out how Cisco's Mynewsdesk newsroom is supporting their digital communications strategy.

How Toshiba's newsroom is central to driving their global PR strategy

In a recent article for Cross Marketing, Takafumi Arai, the Digital Communications and SMART Community Chief Specialist for Toshiba gave insights into their global PR strategy.

How Eurofound uses Mynewsdesk to better understand their audience

We recently had a little chat with Mans Martensson, the Media Manager of Eurofound, to hear why he's excited to begin using Mynewsdesk.

Adam Vincenzini spoke to us about how Costa Coffee is using Mynewsdesk to help evolve their digital communications. 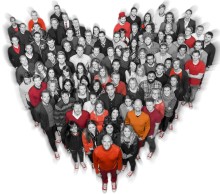 We've improved our Network features to add a whole new dimension to your PR contacts. 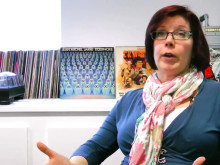 How Mynewsdesk tuned up S...

Shazam's PR Manager, Rica Squires says: "Online newsroom has given us the flexibility to organise lists according to our needs and the v...