London, 31st January 2013: Mynewsdesk has released a report looking at how the world’s top 100 brands are using online newsrooms. It found that while many companies are delivering a positive newsroom experience, there are areas for improvement with, for example, 35% of newsrooms containing information (such as executive bios, annual reports, fact sheets and product listings) that was out of date.

The content being shared by brands showed a clear bias towards traditional media and journalists, with many often ignoring the needs of broader online influencers such as bloggers. On average, brands posted 11 stories to their newsroom each month but only 21% used it to offer added value content such as blogs, related industry news, tips and advice.

The Mynewsdesk benchmark study – What’s the Story? – is available for download here. It took the top 100 global brands (as identified in Millward Brown’s 2012 Brandz Top 100) and benchmarked them against a set of criteria looking across seven categories including content, social media and contact.

Coca-Cola (79%) and Siemens (72%) topped the ranking, but elsewhere scores were mixed. Despite 98% of brands surveyed having a newsroom, the average score was 38% suggesting that, while some brands were hitting the mark in some areas, there is still a substantial amount of work needed.

One of the areas where brands fell down was when it came to providing effective contact details for visitors with 26% failing to do this and 45% leaving out contact details on press releases. The option to sign up for company updates was often lacking, with 70% of newsrooms failing to include any sort of email alerts. Locating information was generally difficult too, with 39% not including a search function.

Brands also overlooked the importance of multimedia content, with 40% failing to provide even the most basic of image libraries and only 51% featuring video. Where image libraries did exist, they were often poorly stocked and limited in variety, with images of employees and customers only featuring in 44% of them.  Nearly half (49%) of brands failed to meet the minimum image or video quality level required for publication. Similarly, 71% failed to embed multimedia within news stories.

“A newsroom is often the first port of call for influencers looking to find out information about your company,” said Peter Ingman, CEO at Mynewsdesk. “Our study shows that, for even some of the world’s most recognised brands, there is work to be done when it comes to providing the necessary content and information.

“In the digitally connected world in which we now live, a newsroom needs to be much more than just a repository for press releases. Stocking a newsroom with value added content – from blog posts and opinion pieces to images and video – will help you tell your brand story in a more engaging and effective way.”

Based on a decade of experience developing newsrooms for companies across the world, the Mynewsdesk team devised a set of best practice criteria, in conjunction with professionals from across the communications industry. Mynewsdesk then evaluated the top 100 global brands (as identified in Millward Brown’s 2012 Brandz Top 100) against these criteria and assigned each a score, up to a maximum of 58 points.

Mynewsdesk - Tell your story with your newsroom

Many of the world's best brands and agencies use Mynewsdesk's newsrooms and PR platform to tell their stories. Mynewsdesk serves more than 30,000 companies with a 97% customer satisfaction rate. 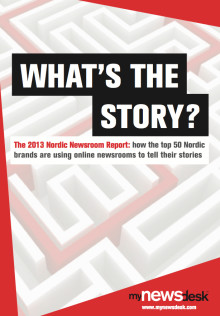 Mynewsdesk report finds Nordic brands ahead of the global curve

The UK’s biggest travel companies are failing to engage with the media, consumers and stakeholders on mobile devices by not optimising their online newsrooms for mobile, with only one of the top 10 UK companies in the travel sector offering a responsively designed newsroom.

New research has found local authorities in the UK have invested substantial efforts into developing a good online newsroom infrastructure but have failed to optimise their newsrooms for mobile or connect them to their social media channels. This means there is much room for improvement in the ways councils engage with their residents, the media and other stakeholders.

New research suggests the UK’s biggest High Street brands are failing to adequately engage with the media and stakeholders, with four of the top 10 brands failing to provide an online newsroom and the remaining six falling short in multiple crucial areas.

"One definite trend for almost all brands is the greater focus on content. They're competing with media publications for people's attention and time, so start to adopt similar approaches to storytelling online." 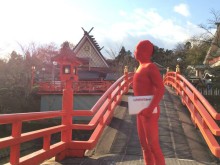 Like the words from U2 's Electrical Storm, "Let's see colours that have never been seen, Let's go to places no one else has been", an exciting 2014 lies ahead. Before we go there, allow us to thank and celebrate 2013 with you. Happy New Year! 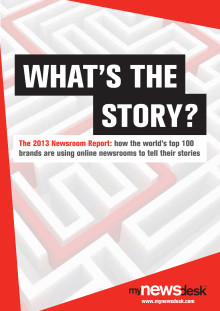 What’s the story….with our newsroom benchmark?

By now you should have all seen our comprehensive benchmark report of the newsrooms of the top 100 brands in the world. This time around, we wanted to give a bit more background as to how and why we conducted this study,

The next generation newsroom has landed

Introducing you to the next generation Mynewsdesk newsroom!