Journalists worry about the consolidation of power in giant social media companies - a concern that has become more apparent during the last couple of years, Mynewsdesk’s latest report reveals. Of the journalists surveyed, 71% believe Facebook has too much power as a source of information, and 61% cited they think Google/YouTube has too much power.

As expected younger journalists cite that they use Facebook and Twitter to report and distribute news on a regular basis more than their more experienced colleagues. Divided into channels (Global average in bold, compared to journalists with 7 years experience or less);

“The media landscape is changing, and we need to adjust more rapidly. Social media channels have replaced traditional news media for an entire generation. It’s crucial that qualitative and fact-checked news are available for all readers, whether it’s on traditional or on social media,” said Jonathan Bean, Chief Marketing Officer at Mynewsdesk.

According to journalists’ their biggest organizational challenges nowadays is the lack of resources (52%), storytelling (40%), multimedia (37%) and then the use of social media (38%). Other challenges include strategy, leadership support and technology but these are less concerning according to the survey.

During the research Mynewsdesk interviewed Beki Winchel, the editor of PR Daily.

“With a social media platform, its purpose is to keep you on as long as humanly possible so it can get your data and advertising dollars [...]. You need to know what you are looking at, adjust those algorithms and look at several different things. Don’t just log onto Facebook and see the same stories all the time because it’s going to perpetuate these kinds of falsehoods, or misinformation. It’s a little scary that they have so much power,” said Beki.

DIGITAL COMMUNICATIONS & PR MADE EASY
Mynewsdesk’s complete communications solution enables you to simplify your workflow, expand your influence and get results. Monitor what’s being said, create and publish stories, engage with your audience and analyze results - all from one digital solution.

Fake News, Financial Uncertainty & A Lack of Trust - What Journalists Say About The Future Of Media

50% of journalists are concerned that the news media is no longer trusted as a reliable source of information, Mynewsdesk’s latest report reveals. Over 3,000 journalists and PR professionals participated in the global survey to share their views on the media industry in 2017 and its future.

New report: Scepticism among journalists towards working for brands

Only one out of five journalists are open to working for brands, according to a report that Mynewsdesk releases today. It’s the fourth report from the annual journalist survey, and it explores journalists views on brand journalism and what companies need to do to attract new talent. 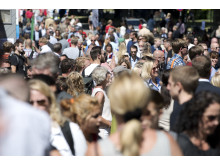 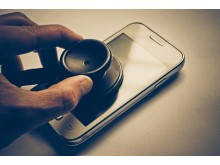 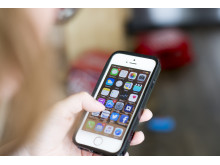