When we launched the Hosted Newsroom feature, communicators could customize their social media newsroom at Mynewsdesk, designing a look-and-feel similar to their company’s own website. Now, we have made the feature even better. Using iframe, the social media newsroom can now be fully embedded and displayed on the company's actual site.

PRWeek's Media Survey of 2010 showed that communicators see their company website as their main channel for messages about their brand, products and services, as well as the main source for press information. A digital newsroom, which most companies have on their website, plays a central role.

At the same time, surveys of journalists and influencers, such as the Bulldog Reporter TEKGROUP International – 2010 Journalist Survey on Media Relations Practices, show that journalists regard press information on a company's website as their primary source of corporate information and story ideas. An updated newsroom on a company's website is therefore a priority for both the company and their intended audience.

Mynewsdesk has taken these studies into account, listening to its audience, and now offers a new feature that makes it even easier for communicators to display their latest press information on their own websites, allowing journalists and other interested parties to obtain this information directly.

For communicators, this means that they only need to update their company's press information from one place, despite having the information published in several. This feature saves time and reduces reliance on a Webmaster or potentially complicated CMS systems.

The Hosted Newsroom is included in Mynewsdesk Premium accounts, but can also be purchased as an additional service to other account levels.

Mynewsdesk makes it faster and easier for companies, journalists, bloggers and opinion leaders to gain relevant exposure – on their own terms. It matches interested users with press releases, videos, images and other content, all instantly searchengineoptimized and automatically published on social media platforms.

The site serves more than 23,000 companies and has a 97% customer satisfaction rate.

Mynewsdesk now offers communicators the possibility to take full control of their online newsrooms. With the launch of the Hosted Newsroom, PR and communication professionals can reach journalists and other influencers on their terms by creating a customized social media newsroom, all while cutting their workload and simplifying their daily workflow.

Mynewsdesk has launched a new customer support forum that provides users with quick and easy support in just one click. You won't even have to leave the current webpage you are working on.

Online newsrooms are changing. Time for a heated debate

What exactly is a Social Media Newsroom? Do you need one? Does everybody need one? What shapes and flavours do they come in? Who owns it - Digital-PR folks or the Comms? All questions the #commschat participants were eager to debate. And, boy, did we cover a lot of ground in an intense hour of TweetChat banter… 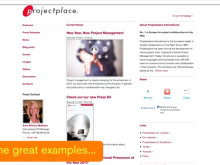 Tutorial: Create your own...

How to create your own Hosted Social Media Newsroom. The Hosted Newsroom allows communicators to keep the valuable features and functions...