Controversial author Robert Phillips has been confirmed as a speaker for FutureComms15 - the PR and comms event which is being held at The Crystal, London. Run by PR technology business, Mynewsdesk, it coincides with the release of the paperback version of his book - Trust Me, PR Is Dead - on Thursday 18th June.

Robert Phillips commented: "Some people are doing some interesting things but "content" is being used, like social media, to disguise the end of a disrupted sector".

Joining a line-up of over 20 speakers are public relations moderniser and author of “Brand Vandals”, Stephen Waddington, and author Robert Rose from the Content Marketing Institute, who will be flying over from the USA for this exclusive UK appearance. Telefonica’s Shivvy Jervis, who was featured on CNN’s Leading Women Portal, will also be speaking, as well as comedian (and self-proclaimed Twitter obsessive) David Schneider, most famous for his role in I’m Alan Partridge.

The event, supported by CIPR (Chartered Institute of Public Relations), is the second of its kind, following last year’s success which attracted over 200 PR and communications professionals.

Key topics for FutureComms15 include the exploration of brand storytelling at the expense of SEO, a discussion around the divide between content and public relations, a look into whether PR is dead or changing and the growth of native advertising.

Stephen Waddington says: "There has never been such a good time to work in public relations as it shifts from publicity to influencer relations, branded media, and community management”. And, contrary to Robert Phillips’ beliefs, Waddington argues: “spin is dead and publicity may be dying but public relations, as a means of engagement between an organisation and its publics, is thriving”.

Robert Rose claims that “we are entering a new era of marketing and communications. And the practice of public relations is at high risk of being left behind. The evolution is in full swing, and those that come to understand how to navigate this new era will have the opportunity to leapfrog right back into one of the most strategic seats at the business table.” And regarding the death of PR, Rose evasively commented “As Miracle Max in The Princess Bride would say, it’s only mostly dead.”

Stephen Waddington concluded: “Mynewsdesk has assembled a cracking line-up to help make sense of the evolution of PR."

FutureComms15 tickets are on sale, an early bird rate is available until 1st May. http://futurecomms.co/

Stephen Follows is an award-winning writer and film producer, he specialises in using emotion-based stories to change perceptions. With the help of some video examples, Stephen will demonstrate the psychology behind storytelling and show why it’s such an engaging way of getting your message across online.

Are you sitting comfortably? A look at condescending brands' comms - Jon Morter #FutureComms14

Jon Morter is the man who got Rage Against the Machine to the Christmas number one in 2009. And he runs the hugely popular ‘Condescending Corporate Brand’ social media profiles. He can politely be described as a ‘disrupter’. What mistakes should we try to avoid in our social media campaigns? Prepare to cringe at Jon’s ‘worst practice’ examples.​..

Mynewsnight: Back To The Future Of Comms [In Pictures]

Bringing together over 70 PR professionals and industry leaders, Mynewsnight: Back To The Future Of Comms got underway last Thursday evening, and what a night it was!

5 minutes with Deirdre Breakenridge on FutureComms

We caught up with Deirdre Breakenridge (Adjunct Professor, Marketing & Public Relations, New York University) at our #FutureComms14 event. She shared her thoughts on the PR landscape, specifically the influence of technology on the evolution of PR, communications and marketing.

Editor, presenter and previously named as one of CNN's leading ladies, Shivvy Jervis talks to us ahead of FutureComms15. Here's what she said to say about her talk and the state of PR and comms...

Over the years I've come to see that healthy debate stimulates progress and change. Last week I had the pleasure of chairing Mynewsdesk’s Futurecomms15 in London and the outcome was a good argument. I am tired of events that are just filled of corporate case studies and self congratulatory awards. I guess there is a place for those type of events but this was certainly not one of them... 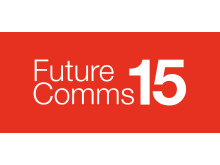 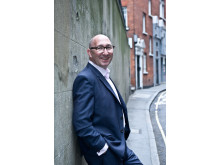