New research into the role of in-house communicators in the UK shows that 90 per cent are now working across more areas than ever before with more involved in social and digital activities (92 per cent) than media relations (84 per cent).

A summary of the findings released on 2nd April 2014 by Mynewsdesk – the world’s leading all-in-one brand newsroom and multimedia PR platform – and Corp Comms magazine suggests that 2014 may be the tipping point for social and digital public relations. Nearly nine out of ten in-house communicators (88 per cent) expect their social media output to increase over the next twelve months and 60 per cent predict they will be blogging more in the coming year. Conversely, only 55 per cent expect to be producing more press releases in the same period. This greater focus on social media and digital activities is occurring despite key challenges communicators say they face, such as measuring return on investment in social media and digital, and achieving management buy-in to the practice area.

Adam Cranfield, Head of Marketing at Mynewsdesk, said, ”The dominance of text based communications is being challenged by the growth in richer formats. Nearly two thirds of in-house communicators say they are focusing more on visual led content than ever before, and eight out of ten are producing image content at least monthly. However, the format to watch is video, as over half of the in-house communicators we questioned have produced video content at least monthly over the last year. This compelling content is now a viable format for most professional communicators due to the reduction in cost of production and the new technologies which make the creation and digital distribution of this format so much easier. ”

Although the Mynewsdesk and Corp Comms findings show in-house communicators are leveraging new technologies and their creativity to produce a range of communications collateral to target customers directly, that’s not the exclusive driver of the shift. Three out of five in-house communicators (60.3 per cent) say they find it challenging to identify and engage with the most important influencers. This means they acknowledge that influential third-party endorsement is still very powerful, but perhaps that journalists are not the only influencers they need to communicate with.

Mynewsdesk’s Adam Cranfield, said, “It’s clear that in-house communicators recognize that traditional media relations just doesn’t cut it anymore. They are creating a diverse portfolio of content and managing digitally dispersed stakeholders, but few are simplifying the distribution of their content. A mere 20 per cent of in-house communicators use an online newsroom platform for their content – a fundamental tool for contemporary corporate communications – suggesting they are spending a great deal of their day updating a variety of online destinations and social media profiles with their content. By providing related and linked facts, comment, images, videos, infographics and other tagged and search optimized brand content in an online newsroom, corporate communicators offer a compelling online content destination for their customers, as well as making life far easier for their key influencers – whether journalists, analysts, politicians or bloggers – who will be far more likely to tell the brand’s story for them.”

This new way of working with a digital emphasis is also posing challenges. Proving return on investment for social media activities is shown to be difficult for most in-house communicators and methods of measurement vary significantly across the industry. Three quarters of respondents (74.5 per cent) find it difficult to define what type of content delivers the most effective return for the resources invested in producing it. Only one in five in-house communicators said that they use sales leads generation as a metric for measuring social media success and no two respondents used the same combination of metrics to measure their social media or digital activities, giving further insight into the need for an industry wide set of standards for measuring public relations professionals’ digital activity.

Cable and Wireless Communications’ director of brand and comms, Lachlan Johnson, recognises that it is hard for those with an investor or stakeholder focus to attain management buy-in to a move from traditional media relations practices into social and digital activities. He said, “It is hard to make an argument to the chief executive that you need to invest a lot more in social media or a corporate Twitter feed. It may be free to set up but what is it there for? It can be difficult to demonstrate that value. Bosses understand the press release. They can see that the message has landed in the newspapers or broadcast coverage.”

Cressida Curtis, head of corporate communications at London property investment and development specialist Quintain Estates, believes that the business case for corporate communicators’ increasing use of social and digital tools lies in effective analytics and measurement. She said: “We now have the ability to get visibility on who is using what or following that, and to drill down those results. That level of granularity is incredibly important. We suddenly have proof that bit is working, or that bit isn’t, which is invaluable in getting budgets signed off.”

Selected facts, comment and statistics from the report will be released via www.Twitter.com/mynewsdesk_uk from 10am 2nd April. Follow #digiPRchallenge

Between November and January, Mynewsdesk and CorpComms Magazine invited in-house communicators to respond to an online survey on the digital challenges that they faced. The invitations were supported by Twitter requests. More than 450 people completed the survey, which was powered by SurveyMonkey, over the following two months. About 10 per cent of respondents were whittled out. These respondents either worked within an agency, and therefore were not eligible, or overseas. Almost 80 per cent of respondents completed every question. The findings related to each question have been rebased to reflect the number of responses.

PR Analytics: Why Small Data Is The New Big Data

How do you measure the effectiveness of your PR? An introduction to analytics for PR with insights from Andrew Smith MCIPR and Managing Director of escherman. 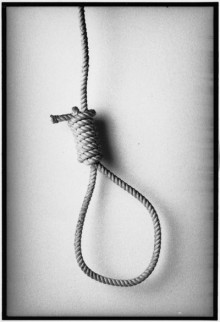