CALM has received enormous exposure this week both through the promotion of their Panorama appearance and following the announcement of new partnerships with Professor Green, Topman and Lynx.

The documentary followed journalist Simon Jack (whose father took his own life some years before) on his investigation into the rise of male suicide in the UK.

A charity dedicated to preventing male suicide, CALM promoted their scheduled appearance on the BBC show ahead of Monday night’s episode through the distribution of a press release and the use of their newsroom.

CALM CEO Jane Powell, who was interviewed for the show, said: “Suicide is now the single biggest killer of men between 20-45 in the UK, with 78% of all suicides being male. CALM were delighted to be involved in a programme tackling the topic of male suicide head on”.

Mynewsdesk has been in partnership with CALM for almost a year now and is incredibly excited that the newsroom has been a contributor to their impressive reach and media coverage.

Heather Athie, Account Director at Mynewsdesk said: “We feel so privileged to work with such a worthy cause and are ecstatic to see them gain the exposure they deserve”

CALM has since announced a new patron – music’s Professor Green - who takes over from comedian David Baddiel. Professor Green (Stephen Manderson) said: "We need to get the message out to young men that talking and asking for help when things go bad is what everyone should be able to do".

The charity has also teamed up with high street retailer Topman – who will be distributing CALMzine, the charity’s award-winning men’s magazine – while Lynx has commited to support CALM’s helpline by taking 5,000 calls a month.

More information about CALM can be found on the website and their feature on Panorama is available to view on iPlayer: http://www.bbc.co.uk/iplayer/episode/b05rcrx0/panorama-a-suicide-in-the-family

The campaign against living miserably, CALM, is an award winning charity dedicated to preventing male suicide in the UK.

the website www.thecalmzone.net a source of information, stories and signposting for men who are down;

Mynewsdesk has become the official newsroom partner of StreetSmart - Helping the Homeless providing them with a multimedia newsroom and PR platform as well as support from our Marketing, Customer Success and Sales team.

The Metropolitan Police Service has launched a new online press office with Mynewsdesk to help streamline their communications with the media and general public. The Met, who operates the UK’s busiest press office, has partnered with PR technology pioneer, Mynewsdesk, to help better support the delivery of their broadcast messaging and simplify their communications workflow.

Thatcham Research Is Taking Its Comms to the "Next Level" With Mynewsdesk...

​Thatcham Research, the research centre for automotive motor insurers, last wee​k took their comms strategy to "new levels" with the acquisition of our digital PR platform, Mynewsdesk. We caught up with Thatcham's Comms Executive, Iain Wallace, to dig into the details of how they'll be using Mynewsdesk to streamline their workflow, improve SEO and boost influencer relations.

​At Mynewsdesk we have always believed that communications has the power to change the world. This attitude is needed now more than ever. We can all take actions to make a difference in this world. And no one can be blind to the catastrophic refugee crisis taking place right now. 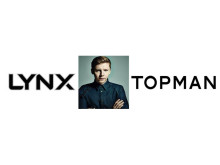 Singer Professor Green has been announced as CALM's patron, taking over from David Baddiel.