Mynewsdesk has become the official newsroom partner of StreetSmart - Helping the Homeless, providing them with an all-in-one newsroom and multimedia PR platform as well as the support of the UK office to help them tell their stories more effectively and bolster their campaign.

Every year throughout the month of November and December StreetSmart coordinates a scheme with numerous restaurants across the country to raise money for over 100 homeless charities by simply adding a voluntary £1 onto customers’ bills at the end of their meal.

As the success of the campaign is heavily dependent on the number of restaurants involved, the Mynewsdesk sales team will dedicate two working days to pitch the campaign to eateries across London and the UK to get as many on board as possible.

The Marketing and Customer Success teams are also fully behind the campaign providing StreetSmart with a content workshop, training and full support on getting the most out of their brand newsroom to engage with all of their target audiences more effectively and tell their story.

Since its beginnings 14 years ago, StreetSmart has raised and distributed £6.3 million to charities across the UK. What’s more, as Deutsche Bank have committed to paying all of StreetSmart’s campaign costs, every single penny raised goes directly to the charities and people who need it most.

Commenting on how Mynewsdesk has bolstered their campaign, Glenn Pougnet, Director of StreetSmart said: "Mynewsdesk has revolutionised how we look at our PR and social media and how we communicate with key contacts. The newsroom platform is comprehensive and easy to use and has generated huge interest in what we do. The icing on the cake is the enthusiastic support we've received from the Mynewsdesk team who have gone above and beyond the call to make our campaign a success"

Peter Britten, UK Sales Director at Mynewsdesk, stated: "Mynewsdesk UK is delighted to be partnering with StreetSmart as we to aim to lend our expertise, resource and support to local communities. StreetSmart has been doing a sterling job in helping UK homeless charities for over 14 years and now with the use of the brand newsroom and the backing of the Mynewsdesk team, we hope that their campaigning and raising of funds will go from strength to strength."

Follow StreetSmart's newsroom for all of their news and updates as it happens. 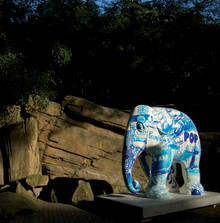 Mike Spits, Co-Founder of Elephant Parade said: “As a global brand, this is a fantastic opportunity to bring together and manage our international communications distribution from a central platform...

​CALM has received enormous exposure this week both through the promotion of their Panorama appearance and following the announcement of new partnerships with Professor Green, Topman and Lynx.

​At Mynewsdesk we have always believed that communications has the power to change the world. This attitude is needed now more than ever. We can all take actions to make a difference in this world. And no one can be blind to the catastrophic refugee crisis taking place right now.

Food for thought: 7 of the tastiest PR campaigns and stunts

This blog post is dedicated to the most delicious food and beverage PR campaigns. So grab yourself a cuppa (and some biscuits) and indulge in the tasty treats we've gathered for you! 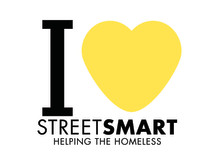 StreetSmart table card which notifies diners that the restaurant is participating in the campaign and a voluntary £1 will be added to the...