Mynewsdesk and Hövding’s 2016 campaign “Give A Beep” won Best in Best Social Community Building and Engagement 2017 at The Webby Awards on 25th April 2017.

The Webby Awards honour the best of the internet, awarding the most innovative and inspirational digital campaigns.

Mynewsdesk - the digital communications and PR solution providers - challenged a customer to reach 100 million people through effective storytelling. After hundreds of applications, Hövding was the chosen customer for the campaign.

Mynewsdesk and Hövding took home the prize for the campaign “Give a Beep” in which they reinvented the classic bicycle bell. For the purpose of the campaign, the digital bell was used to instantly email the Mayor of London whenever cyclists saw any near or actual accidents on London’s roads, while showing the exact location on an interactive map.

Not only did Give A Beep reach over 100 million people, but traffic to Hövding’s newsroom also increased by 279% during the campaign and the response from cyclists around the globe has been enormous.

“One of Mynewsdesk’s core values is to release the full power of stories to inspire and spark positive change - and Give a Beep has done just that. The 100 Million Reach Challenge is the most daring campaign we've ever done” says Sofia Juhlin, Head of Global Marketing Communications & Brand at Mynewsdesk.

Despite Hövding having relatively limited resources, the campaign demonstrates that the key to successful communication is to tell stories in the right way, to the right people and at the right time.

“What Give A Beep has proved is that with a competent digital PR and comms solution, such as Mynewsdesk, creativity and purpose-driven storytelling, there's nothing stopping companies from reaching a wider audience, developing meaningful relationships and creating both societal and business benefits" added Jonathan Bean, Chief Marketing Officer at Mynewsdesk.

The campaign has since been requested by several cities and is now being used by London's Roads Administration to build a more responsive relationship with the city’s cyclists and address the hazardous spots in the capital.

Give A Beep, created together with Edelman Deportivo, has now picked up 9 awards globally, celebrating achievements in marketing, innovation, digital and PR in New York, London and Stockholm.

DIGITAL COMMUNICATIONS & PR MADE EASY Simplify your workflow, expand your influence and get results with one complete communications solution.Monitor what’s being said. Create and publish stories. Engage with your audience. Analyze results.

Mynewsdesk has set out on a mission to prove the power and reach of their digital PR platform. They’ll be launching “100 Million Challenge” - a campaign which will see one brand’s story (yet TBC) reach 100 million people.

​Mynewsdesk and Hovding’s 2016 campaign “Give A Beep” has won the D&AD Impact Award for Creativity That Contributes To A Better World. Mynewsdesk - the digital PR platform providers - challenged a customer to reach 100 million people through effective storytelling. Hovding was the chosen customer for the campaign.

​Give A Beep - Mynewsdesk’s 2016 campaign - won Bronze at Cannes Lions, last night. The Mynewsdesk campaign, in partnership with Edelman Deportivo and Hövding, was awarded Bronze for Best Mobile Campaign. The Best Mobile Campaign category rewards mobile campaigns which use geo-targeting in an innovative way to engage audiences. 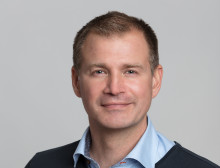