• Almost half of all businesses will increase PR spending in 2013

• 94% of SMEs see benefit of PR, but 75% lack an online media area and half don’t issue news releases

London, UK. 17 December 2012: A new survey of UK SMEs commissioned by Mynewsdesk has found that whilst 94% of SMEs see the benefits of PR and 49% expect to increase PR expenditure in 2013, the vast majority are lacking the knowledge, strategy and tools to make the most of their investment.

The research suggests that SMEs are embracing social media networks but lack the expertise and tools to engage with key journalists and opinion leaders. While the majority of SMBs are using Twitter (65%), Facebook (63%) and LinkedIn (60%), most do not issue news releases and more than 70% don’t maintain any form of media contact list – despite 88% confessing that they are failing to engage with the media and 75% not even certain whom they would need to engage with.

SMEs are however clear about the benefits of PR, with 76% seeing raising brand awareness and reinforcing brand messages as the primary benefit, followed by increasing sales (16%) and driving online traffic (11%). Yet 87% of businesses admitted that they lacked a PR strategy of any sort, operating instead on an ad hoc basis (57%), or without any plan at all (30%).

Over three quarters of SMEs also lack any sort of media area that journalists can access. As a result the overwhelming majority (79%) fail to include any image or video content with their news releases, an oversight that Mynewsdesk CEO Peter Ingman warns is in danger of appearing dated and out-of-touch.

“SMEs have the right intentions, but they’re not getting the most from their investment,” said Ingman. “The survey clearly shows that, while SMEs are keen to try and manage their own PR and engage with their audience online, the vast majority are failing to do so in an effective manner and are not getting the basics right. This could be for any number of reasons, not least that non-PR Professionals may find it overwhelming to manage the many channels of communication that are relevant to modern public relations.

“Whilst widespread Internet access and the rise of social networks have made it easier to communicate directly and share content, the results of the survey suggest businesses must first consider whether they are equipped to construct an effective PR strategy themselves.”

A Slideshare with more findings from the report and a 16-page best practice guide to PR and social media for SMEs are available below:

The SME–PR disconnect: opinion vs reality from Mynewsdesk

* Results taken from an online survey, conducted by BusinessZone.co.uk on behalf of Mynewsdesk, completed by 159 SME’s during September 2012

Mynewsdesk - Tell your story with your newsroom
Many of the world's best brands and agencies use Mynewsdesk's newsrooms and PR platform to tell their stories. Mynewsdesk serves more than 30,000 companies with a 97% customer satisfaction rate. get.mynewsdesk.com 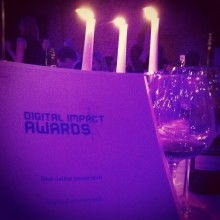 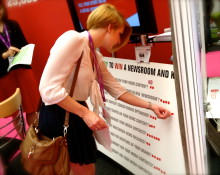 Communicators told us their stories at Marketing Week Live

We exhibited at Marketing Week Live where we ran a straw poll among PR and marketing professionals who visited our stand.